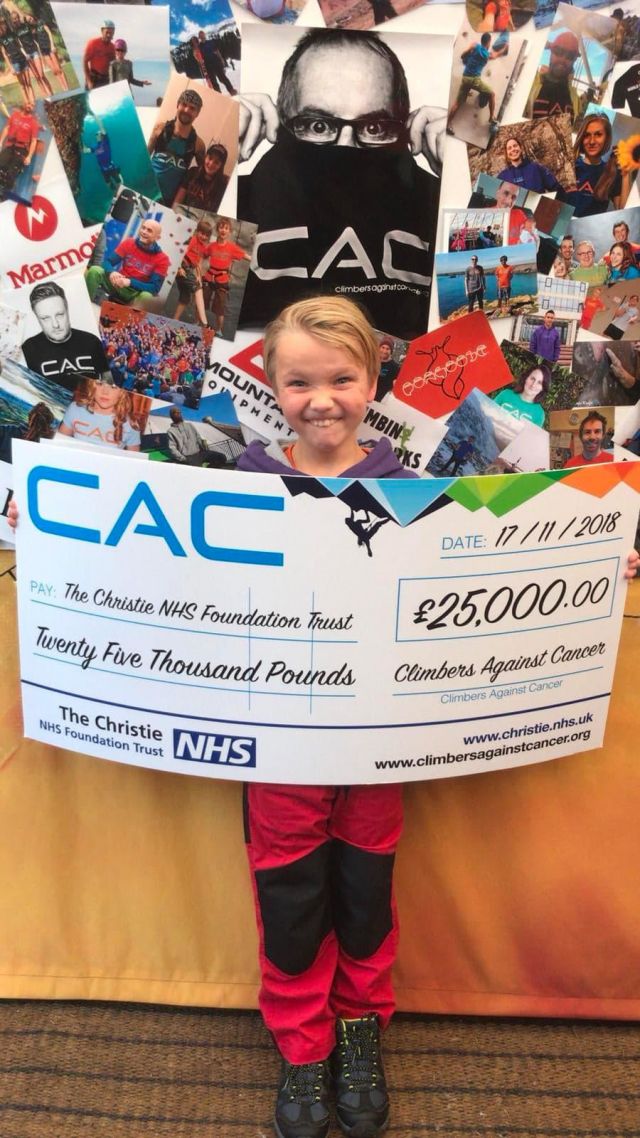 The IFSC is proud to support Climbers Against Cancer (CAC) as the official charity of the IFSC.

Founded by British climber John Ellison (who was diagnosed with terminal cancer in 2011) in January 2013, CAC aims to bring together the incredible support and camaraderie of the climbing community to raise both awareness of the disease and funds for cancer research.

CAC ambassadors are of great importance to the CAC community, giving their time voluntarily to attend events and sell CAC apparel wherever possible.

CAC held its first international fundraising event in March 2019, the ‘Mountain March’, which raised almost £18,000. Groups across the UK took part, with a team in Australia and the ‘Climb Up’ group in France also supporting the event. The charity hopes to make the event an annual occurrence and to involve more countries.

'Masters of Stone' 2019 at BoulderHalle in Nurenberg (GER) raised a further €10,000 for CAC, with athletes donating their prize money.

In 2018 at just 8 years old, Edward Mills became the youngest person to climb the Old Man of Hoy, a sea stack off the coast of Scotland (GBR) which stands at 137m tall. Raising almost £40,000 for CAC, Edward presented the cheque to CAC at Kendal Mountain Festival (GBR) in November 2018.

John Ellison was appointed an IFSC Honorary Member during the IFSC Plenary Assembly 2014 in Paris (FRA). The IFSC will not forget you, John, and will continue to proudly support CAC.

You can't do anything about the length of your life, but you can do something about its width and depth