KIM JAIN CAME BACK WITH A CLEAR GOAL IN MIND: PARIS 2024

Kim Jain’s long hiatus, however, was not forced by an injury.

“Actually, I was worried about if I could ever compete again as an athlete because I had a two-year rest after my pregnancy,” said Kim. “However, I decided to be a proud mom for my daughter, a mother who never gives up. It was not easy to train myself and raise my baby at the same time.

“I made it to the podium at the first international event after a long break thanks to my family and friends who have supported and encouraged me a lot. Honestly, even though I won a bronze medal, I felt even happier than when I won a gold medal.”

Kim is South Korea’s most popular and successful climber, with an impressive amount of World Cup medals to her name – 30 golds, 14 silvers, and 17 bronzes – plus a Lead World Championships title won in Gijon, Spain in 2014.

Before making a long-awaited comeback at Seoul 2022, she last competed at the IFSC Combined Qualifier in Toulouse, France, at the end of the 2019 season – where she placed 14th.

The road to the continental Championships was far from easy: “Even though I didn’t get a satisfying result at the Korean National Championship in March, I was still eligible to participate in the Lead Asian Championship.

However, due to a finger injury, I was only able to start training after several months of rehabilitation. I could not compete at Lead World Cups this year because I wasn’t feeling ready enough, but I had been trying to recover my condition for this Asian Championships in Seoul.” 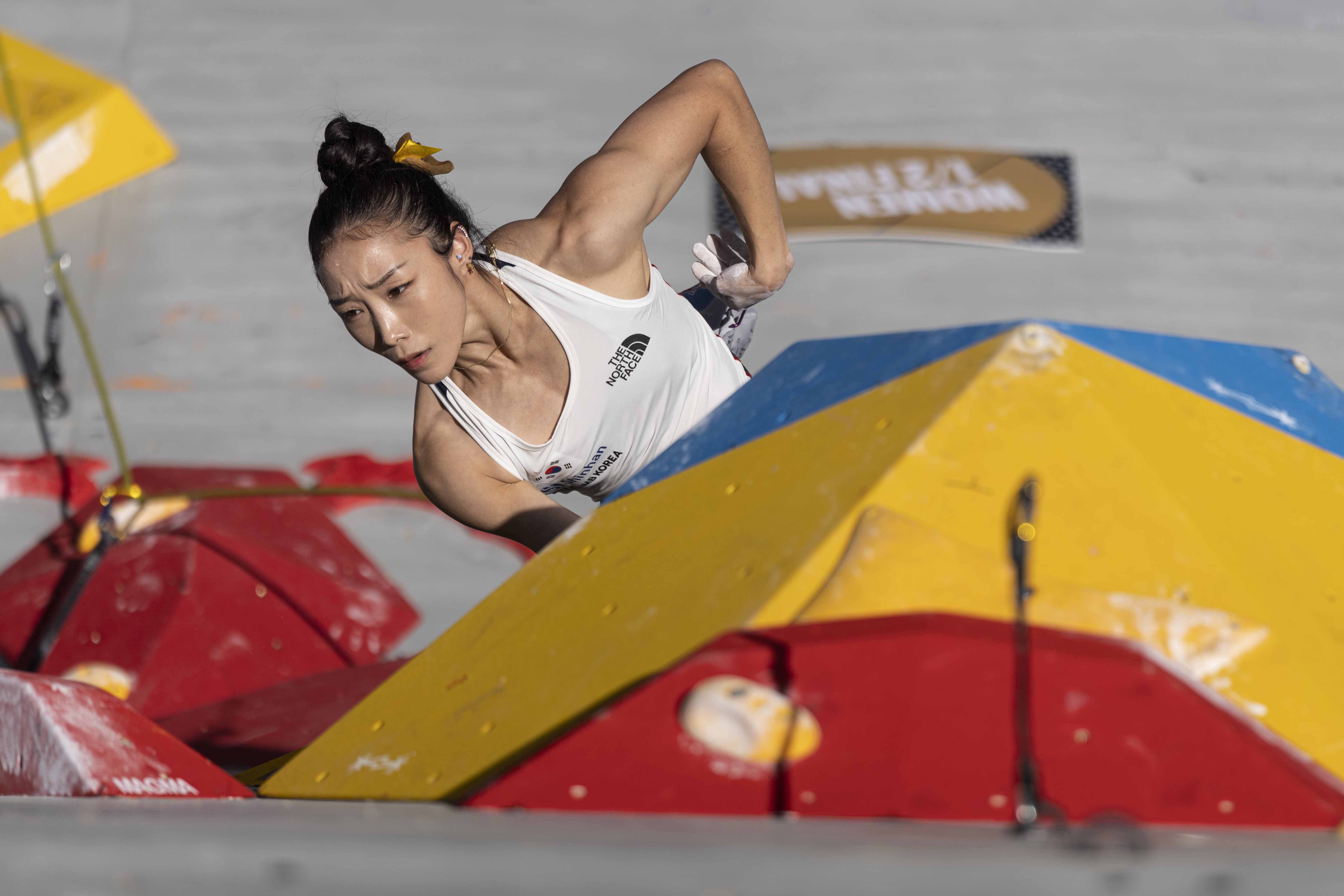 Despite the many challenges, when asked what her goal is for the two upcoming seasons, with the qualification path to the next Olympic Games kicking off at the IFSC World Championships Bern 2023, Kim Jain has a pretty clear plan in mind: “I think my challenge as a climber who is also a mother has just begun. My current plan is to go for the qualification to Paris 2024, no matter if I can qualify for the Olympics or not. Of course, I gained massive courage from the IFSC Asian Championships. I’m not sure if I can keep my performance at the same level I used to, but I want to do my best not to give up till the end.”

Two years later, along with Seo and Chon, the Korean team can present a wider range of valid candidates that also includes 20-year-old Lee Dohyun – silver medallist at this year’s IFSC World Cup in Innsbruck, Austria – and Speed specialists Lee Seungbeom and Jimin Jeong, who are respectively 22 and 18.

“I think it is easier for people who are following the pioneer’s steps. And Korean athletes seem to be much more enthusiastic after the sport debuted at the Olympic Games. Rather than giving support directly, I am trying to share a positive vibe and a better influence on Korean athletes. I am happy that it becomes a kind of good stimulation for junior athletes as I keep competing and won the medal at the IFSC Asian Championships,” concluded Kim.

“Sport Climbing is booming in South Korea, at the moment. People who don’t even know about the sport want to learn it. And more boulder gyms are being opened in the cities. It’s a bit disappointing that they mostly focus on beginner and intermediate levels. The infrastructure for seniors or athletes is not solid yet, but I hope it will be developed more and more soon.”